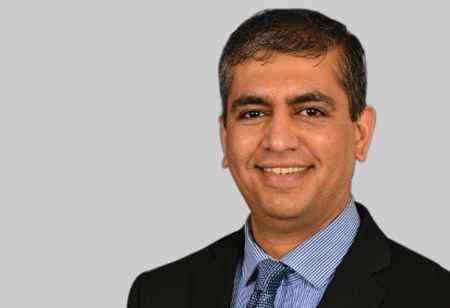 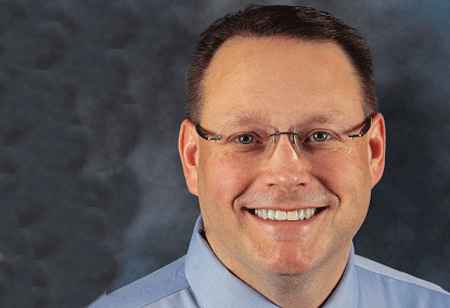 Only IPv6 has the Backbone to Carry the IoT
Richard Jimmerson, Chief Information Officer, ARIN 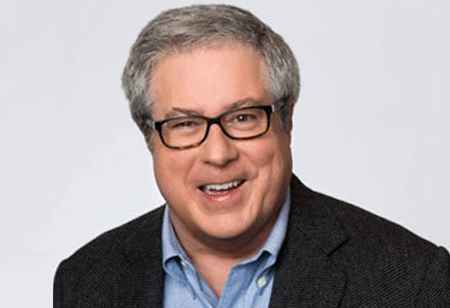 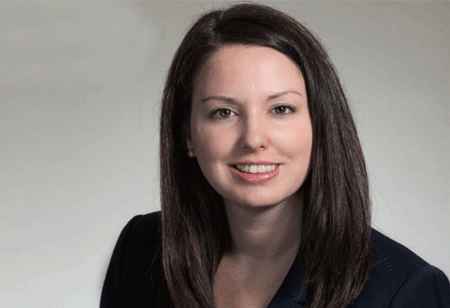 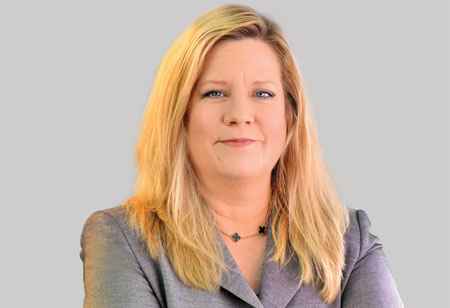 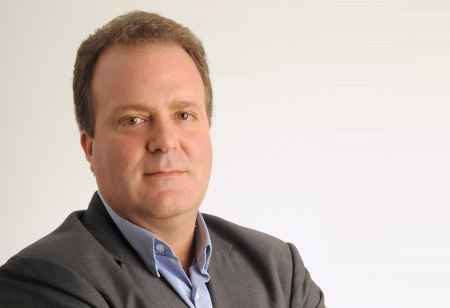 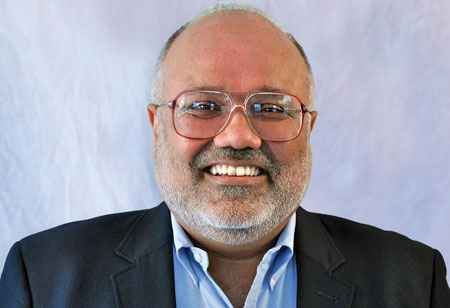 Six For 16: Internet Of Things Risers for The New Year

Alex Brisbourne, CEO, KORE
Just like that, it seems, we’re well into 2016 already, and it presents us with the cyclical opportunity to take stock of the M2M and IoT market to make our best educated as to what the coming year may hold. In the words that follow, we hope to provide a glimpse into six things we feel are most likely to accelerate over the course of the next 12 months, acceleration that may come in the form of adoption, awareness or simple progress.

There’s an old proverb, first professed by William Painter in the 16th century, that if you keep a thing seven years you’ll find a use for it eventually. A fitting reference here, as it’s been about seven years since the Internet-of-Things first entered the common vernacular. Let us start off, then, by documenting the ways we expect 2016 will prove to be transformational for the IoT becoming a practical, everyday tool.

1. Mainstream IoT Expression: 2016 Will Be The “Year Of Patient-Centric Healthcare”

High-leverage devices to connect patients to their providers, including IoT-enabled wellness monitors, blood pressure cuffs, glucose monitors, scales, pulse meters, and other appliances have been growing steadily over the past few years; by the time we reach December, 2016, these devices will virtually run-of-the-mill for doctors, patients and insurers alike. All stakeholders will by then have accounted for the tremendous boon these devices bring at once to quality of care, quality of life and cost-savings.

Specifically, the IoT will drive even more improvements in population health management and chronic disease care, both in terms of clinicians’ ability to collect and run vital personal health statistics through algorithms and, more importantly, by creating consistent patient engagement. Keeping patients interested in making smart decisions about their health and care has always been a difficult task for providers; the IoT gives every patient a novel, passive means to be more involved.

As a corollary, in 2016 we’ll see the IoT create and grow a host of new jobs in the healthcare industry.

2. Sensor-Based Crop Management: To Achieve its Due in 2016

Names like the SG-1000 Leaf Sensor, PureSense and OnFarm will become household names in the farming community based on these products’ proven ability to use sensor data to increase crop yield, save on resources, and increase drought resistance.

To take it a step further, wider visibility of the concept that a plant can let its farmer know it is thirsty, and precisely how thirsty, by simply sending text message will serve as a reminder to all stakeholders that the IoT is about bringing simplicity to complex, even heretofore inaccessible, processes. It can be easy to overthink the IoT’s utility. In 2016, the pendulum will begin a subtle but definite swing towards projects that imbue simple elegance.

Field service has long been considered a job where people find a high degree of meaning in their work, and we believe the IoT can bring even more satisfaction to those already employed in the sector. Connected tools such as Smartglasses and watches simply make the job more fun and productive for travelling technicians. Diagnostic sensors placed in the products to be serviced themselves will make field techs more responsive and allow them to reduce equipment downtime and provide faster, almost magical, issue resolution.

There’s real value and job satisfaction to be gained from showing up to fix something an owner didn’t even know was broken, or was about to break.

As M2M and IoT deployments continue to grow in size and stature, along with many new variables, to manage native and roaming cellular connections, satellite will stand out as the “Best TCO” for low latency, wide reach requirements

Connected to that trend, the IoT will bring real value in helping utility and public work crews respond to storm-related emergencies. El Niño and La Niña climate patterns in 2016 are likely to set new marks in size and scope for severe weather, with anticipated precipitation, landslides and hurricanes more powerful than average. A mixture of geo-sensitive analytics from devices in the field, historical data collected for modeling, and connected technicians, dispatchers and executives out in the field will prove its mettle this year. We will all bear witness to how connected components can come together to reduce lag time in getting the right resources to the right places and to cull information—the keystone for situation management—to update customers like never before.

In short, the IoT will become a game-changer for storm response this year.

4. LTE : Clarity on Near and Long-Term Role in The Commercial M2M Landscape

Many organizations that currently use 2G and 3G networks for M2M deployments are still in the exploratory phase of developing a path forward, but 2016 will bring distinct clarity to this issue because 1) 2G GSM will sunset at the end of the year, and 2) we will begin to see the first commercial deployments of LTE Category-0 and significant development advances for LTE-M modules. These new devices push LTE into realms of lower bandwidth use and will likely cost less per device than 3G and 4G devices being sold today. In addition, the superior speed of LTE networks, even for low-use M2M, will incur less airtime than 2G (and 3G) network connections on a going forward basis.

5. Satellite Services: To Gain an Expanded Role in M2M

Satellite has long been a relatively quiet player in the connected landscape, used largely for specific case situations requiring cross-oceanic travel and when devices get placed or travel through extremely rugged, remote locations. While those same credentials may still apply today to the lion’s share of satellite demand, the fact is a far greater proportion of applications that revolve around tightly managed assets on a highly dispersed basis. As M2M and Internet-of-Things deployments continue to grow in size and stature, and with so many variables now in play to manage native and roaming cellular connections, satellite will soon stand out as the “Best TCO” option for low latency, wide reach requirements.

Satellite services also have higher potential to produce operational excellence in the supply chain. In a recent survey of supply chain risk, 80 percent of companies that “do not yet have any operational technologies” in place cite handling and transfer risks as their most significant challenges (shipments, damaged, stolen, spoiled, late, and so on). 2016 will be a year when satellite emerges as a life boat for these supply chain challenges.

To date, many players have tried to provide connectivity options for low power, exception-based sensor devices. Largely, these attempts have failed because, in effort to be inexpensive, they often made use of unlicensed spectrum and the result has been a series of disparate, proprietary and fragmented solutions that ultimately haven’t done anybody any good.

But, when we see that in late 2015, standards for creating LPWA networks on licensed spectrum were accepted by 3GPP, it gives great indication that the Wild West nature of this market may move quickly in a more ubiquitous, interoperable, disciplined and secure direction.

To be sure, the availability of non-cellular networks to specifically support lower cost connectivity and longer battery life in devices across wide coverage areas dramatically alters the economics for a wider swath of IoT devices and scenarios to come online. LPWA provides a path toward device commoditization, and that’s really where we need to be in order to, in effect, “bake connectivity into the concrete” without much regard for future access or replacement.

Heading the list applications to benefit first from this development are items like security alarms, electrical metering, and a host of smart city infrastructure items that have been mostly held up to date by cost of deployment: intelligent buildings, roadways, parking systems, traffic systems, streetlights and evolved refuse management may all find their way forward with the dawn of a standardized LWPA.

When it comes down to it, the multifarious projections we’ve heard over the years that there will be, “billions and billions of connected devices by 2020” refer mostly to devices that can, and should, flow through LPWA.

We would be overstating things to offer the above as the be-all, end all list of places in today’s connected industry that will define 2016, but when we turn the page in December and look back, these all should have charted a distinct course forward as the year went on. Time will tell.

Why Current Business Intelligence Tools Are Missing the Mark

Edge Data Centres And The Impact Of 5G 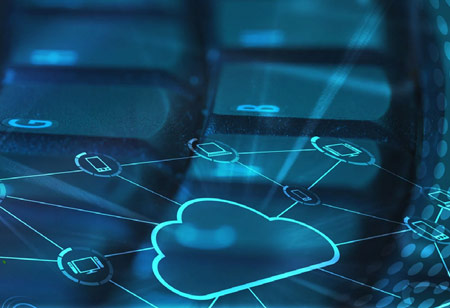